Neospora is a parasite that is ingested via infected fresh meat, after eating infected meat it only takes a couple of days for the parasite to attack the brain, then work its way down the spinal cord and infect all the major organs and mussels. Leaving the dog paralysed and blind. Several studies performed by universities have shown that from the first sign of symptoms, death or euthanasia is usually within 7 days. Other tests have shown that with medication it can leave the parasite dormant indefinitely, but if paralysis has set in, then there would be no improvement in the damage to the dogs muscle reactions, due to brain damage. The Neospora parasite is ingested from fresh infected meat, freezing or cooking the meat will kill the spores. Neospora cannot use humans as a host so if ingested the stomach will kill the spores. That is why the human food chain has never alerted the public, it only affects, cattle, pigs, sheep, goats and dogs. Apparently only one animal is inspected from each heard to be slaughtered, but that’s in this country. A lot of meat now comes from other countries. I don’t wont to scare anyone into not feeding raw meat to their dogsComputer Technology Articles, just make sure you freeze it for at least 24 hrs before feeding it to your dog. 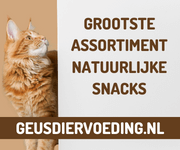